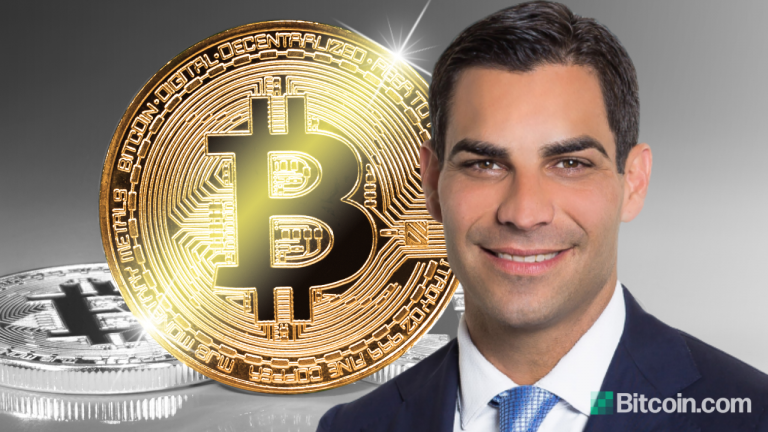 The mayor of the U.S. city of Miami, Francis Suarez, explains how he plans to make his city the capital of bitcoin. He believes that issues surrounding cryptocurrency “will work themselves out,” adding that “in the end, there is only one thing to do: buy the dip.”

Miami Strives to Become the Capital of Bitcoin

Miami Mayor Francis Suarez gave a speech at the Bitcoin 2021 conference in his city on Friday. He highlighted various efforts to make Miami the bitcoin capital.

“And we didn’t stop there, we understood that to truly believe, we have to integrate and take risks,” the mayor continued, elaborating:

So I asked my city commission to allow our city to pay our employees in bitcoin, accept bitcoin for fees and taxes, and even explore the possibility of holding it on our balance sheet.

He then talked about multiple streams of income flowing from the crypto space into his city, including from blockchain.com moving to Miami from New York City.

“Just this week we announced the headquarters of blockchain.com, one of the largest blockchain and crypto trading platforms, which created 300 new jobs and $30 million of recurring economic impact for our city,” the mayor shared.

“It’s a movement for Miami like it’s a movement for bitcoin,” he described. “The counter narratives on bitcoin will equally fail. Yes, the U.S. will become a powerhouse for clean energy bitcoin mining. Yes, bitcoin will transact faster and at a stable price point, and ultimately proof-of-work versus proof-of-stake will be decided.”

Mayor Suarez also shared: “What I love about the Bitcoin Community is the enthusiasm, the energy, the energy for innovation, and that’s something that’s going to define our city and our world going forward.”

Of course, there are still unresolved issues related to regulations, how governments will formulate policies without controlling currencies. Those issues, I am confident, will work themselves out. But in the end, there is only one thing to do: buy the dip.

Do you agree with Mayor Suarez on the future of bitcoin and what do you think about what he is doing to make Miami a bitcoin hub? Let us know in the comments section below.