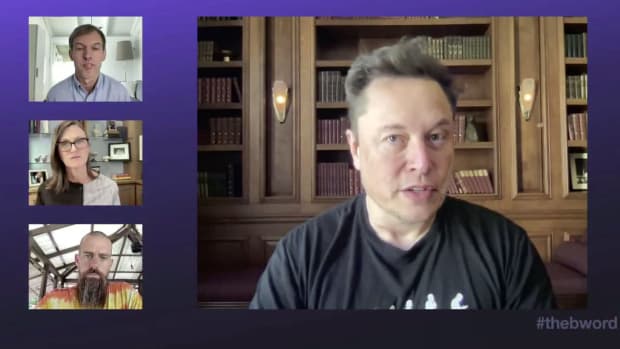 Bitcoin News Feed writes:
How Improving The UI And UX Of Bitcoin Nodes Could Benefit Everyone

It’s high time to move the discussion on Bitcoin user interfaces and experience over to nodes.

This is an opinion editorial by Ram, a twenty year old student, soldier and storyteller.

Your baby girl is fiddling with her laptop, and she’s yelling, “Wow!” and “Oh!” You wonder what’s going on. Is it a cartoon? Is it anime? Why’s she so excited?

As I, a twenty year old, write this in Singapore, about 15,000 active Bitcoin nodes are estimated to be running all over the world. These nodes store the Bitcoin database in part/in its entirety.

With 15,000 computers storing the same database all over the world, repeatedly transmitting new transactions and new blocks to one another, it’s practically impossible for any one player to pop by and change the record of what happened.

But when talking about Bitcoin’s future as a decentralized currency, Elon Musk said this:

“The reality is, the average person is not going to run a bitcoin node.” — Elon Musk, B World Conference 2021

I agree with Elon. But let me clarify.

Elon was referring to a validating node, which is quite simple to set up.

Unfortunately, the average person is not aware of the above.

Nevertheless, Bitcoin remains the most decentralized cryptocurrency on the planet. 15,000 nodes in the context of a cryptocurrency is great, and proof of Bitcoin’s decentralization was demonstrated during the blocksize wars.

But let’s frame the context differently. Over 5,000,000,000 people have access to the internet today. Suddenly, 15,000 nodes look tiny. A lot more than 15,000 folks probably have computers with 7GB to spare. Many may even have an old laptop sitting in the garage!

For Bitcoin to gain wider and faster adoption moving forward, its decentralization must be continually emphasized. One way to do this is by encouraging regular folks to run Bitcoin validating nodes.

We aren’t talking enough about this today.

Achieving This Via Node UI And UX Improvements

Even in exchanges and payment apps, UI and UX are arguably being sidelined. When it comes to nodes, the UI and UX discussion is practically non-existent.

Remember: the biggest company in the world today got to where it is by relentlessly focusing on UI and UX. That company’s market cap is currently about six times bigger than Bitcoin’s.

Bitcoin might not be a company, but the same principle applies. It boils down to making things more intuitive.

Next, let’s talk about how running a validating node should feel.

Technically, any of this info can be found on any full validating node. It’s just less intuitive and requires some technical knowledge. The average Joe won’t acquire that knowledge.

So, improve the UI and UX. Superimpose the block explorer websites’ interface on top of the node program. Take it a step further. Let users see how many nodes they’re transmitting data to, how many blocks they’ve helped validate thus far, any temporary chain splits. Simpler. More interactive. And yet effortless. I’m sure there’ll be plenty of ideas on creating a fun UI and UX based on the blockchain.

And UI and UX aren’t just important for increased decentralization. They can change the very manner in which people get into Bitcoin.

For illustration’s sake, here’s what I imagine the typical pathway of someone who gets into Bitcoin:

This pathway is just one of many. But here’s my point: most of the time, setting up a node happens quite late.

Here’s what an improved and intuitive node UI and UX could change that pathway into:

A validating node is an open invitation from Bitcoin to new folks, that necessitates zero risk-taking. UI and UX improvements will market it as such. They’ll propagate learning via interacting with the Bitcoin network. Education will come straight from the blockchain. Videos and articles, after all, can only do so much!

Here are a couple more UI and UX benefits:

At this juncture, it’s worth mentioning that increased decentralization could potentially bring about certain disadvantages, too. Typical democracy problems. Decentralization among technocrats has its pros, too. But that’s another discussion.

The bottom line is: we need to be talking more about this! Much of the world still deeply misunderstands Bitcoin. The fact that the “Bitcoin is bad for the climate” argument has gotten so much traction is painful evidence. And even we Bitcoiners, all at very different depths of the rabbit hole, can benefit from easier interactions with the blockchain.

So talk about this in your Telegrams, Discords and of course, on Twitter. Is it feasible? Does it make sense? Is it a waste of time? Is it being actively worked on?

Let’s return to the story from the start of this piece:

Your baby girl is fiddling with her laptop, and she yells “Wow!” and “Oh!” You walk over and see a new block being added to a chain of blocks preceding it, in real-time. You see one chain becoming two, until the chain on top becomes longer and longer and the chain below vanishes into flames. Your girl claps.

Now that, folks, is a vision worth chasing.

This is a guest post by Ram. Opinions expressed are entirely their own and do not necessarily reflect those of BTC Inc or Bitcoin Magazine.